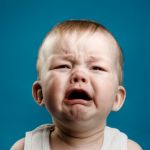 If, back in the 1980s or 90s, I had mentioned to you Thomas Road Baptist Church, you might have looked at me blankly. If I had then added that the church in question was in Lynchburg, Virginia, you might have wondered why I was bringing it up. But if I had mentioned the name of its pastor, you’d likely have experienced a jolt of recognition. Of course, the pastor of that church back then was Jerry Falwell.

This is actually not that uncommon a thing. There are some churches which, whether unintentionally or by their own doing, become so heavily and pervasively identified with their pastor that they almost lose any sense of their own identity. At best such an identity obscures the work that the people of the congregation actually do for themselves; at worst the church becomes little more than a personality cult, all power and decision-making centered solely in the man in charge (and it almost always is a man in such cases) and with the congregation devolved into nothing but devoted, passionate, and maybe sometimes obnoxious followers.

Needless to say, that’s not a good situation. Nor, apparently, is it a new one, if we might guess from the reading this morning from Paul’s first letter to Corinth. While the setting of the Corinthian church is rather different from its modern counterparts, Paul’s lessons to them are still applicable as the church collectively or individually seeks to follow Christ’s teaching and example more closely and bear truthful witness to the good news. So what exactly is going on in Corinth that gets Paul so agitated, and who is this Apollos fellow anyway?

This chapter three opening is actually the culmination of an argument that Paul has been developing for the whole letter so far, going all the way back to 1:10 and its instruction to the Corinthians “that all of you should be in agreement and that there should be no divisions among you, but that you should be united in the same mind and the same purpose.” It turns out that Paul’s been hearing from some of his contacts that the Corinthians have been “taking sides” and showing favoritism for one or another of the particular leaders that have been involved in some way with the founding and nurturing of the church there.

Paul had, in his many travels, played a large role in the establishing of the church in Corinth. Apollos, on the other hand, had come through Corinth later, and been an important figure in the growth of that church from those initial roots. Apollos first appears in Acts 18, showing up in Ephesus as a Jewish-born believer who had been instructed well in the Way of the Lord, if not quite completely. The evangelists Priscilla and Aquila took him under their collective wing for some continuing education, and thereafter he continued his travels with the endorsement of the believers in Ephesus, traveling to Corinth to pick up after Paul when Paul moved on to Ephesus.

So Paul and Apollos both had clear connections to the church in Corinth, but their names weren’t the only ones being tossed around in the division of that church. Back in 1:12, while some were saying “I belong to Paul” and others “I belong to Apollos,” there was also a faction making the claim “I belong to Cephas.” It’s not necessarily clear why Cephas (the fellow we know as Simon Peter, or “Rocky”) would come up here, but he apparently (and quite unwittingly) has his own faction in the Corinthian congregation attaching themselves to him above others.

To be clear, there is absolutely no indication that any of these individuals have done anything to cultivate these cult followings, aside from, well, doing their jobs. The taking-sides game is strictly an invention of the Corinthians themselves. Certainly leaders have been guilty of fomenting division and cultivating particular followings at various times in the church’s history, but there’s no indication at all that anything like that is going on here.

On a human level, one could point to reasons for different members to admire each of these individuals. Paul was the founder. His preaching and instruction was a key factor in the church finding its footing in Corinth, a challenging city in its cosmopolitan and somewhat elitist way for a fledgling group of believers in a foreign deity to get its act together. If Paul planted the church, as he describes in 3:6, then Apollos was the one who watered the newly-planted church, following Paul’s work with the ongoing work of teaching and encouraging. Also, pretty much all the descriptions of Apollos make much of his rhetorical eloquence and prowess at debating. He was probably a handsome fellow too, in contrast to the likely short, unimpressive, and maybe even funny-looking Paul.

To be clear, neither Paul nor Apollos was a “pastor” to the congregation in the modern sense of the word; both were itinerant preacher-evangelists, traveling from city to city, sometimes to plant new churches and sometimes to encourage or support existing ones. It’s not clear that Peter even visited Corinth (though it is possible), but in contrast to Paul and Apollos he was one of the Twelve, one of the original followers of and eyewitnesses to Jesus, which would carry its own particular appeal. He had also been first among those twelve to recognize and speak up for God’s obvious welcome to Gentile believers after his encounter with the Gentile military man Cornelius and his family (Acts 10).  Again, on a human basis, there were reasons to prefer each one.

But there was one more factional claim. Beyond “I belong to Paul,” “I belong to Apollos,” or “I belong to Cephas,” Paul’s sources were also hearing “I belong to Christ.” But really, what’s the problem with that? Isn’t that, you know, the right answer?

Well, it depends on how you say it. You know how some people can say things that are absolutely true and correct and right, but say them in a way that makes you seriously consider a life of evil just because of how they say it? There’s a big difference between “I belong to Christ” and “I belong to Christ,” and the Corinthians were all about the smug self-righteousness of the latter.

Having thus laid out his complaint against the Corinthians, Paul seems to go off on a different subject in the rest of chapter 1 and all of chapter 2. In one of the most striking passages in all of Paul’s writing, he draws in sharp relief a contrast between worldly wisdom and the foolishness-but-really-wisdom of God exemplified in the crucified Christ – “a stumbling-block to Jews and foolishness to Gentiles” (1:23). Paul continues to explore this contrast between worldly wisdom and divine wisdom, wisdom that the world simply cannot understand or comprehend. Only those who are themselves tied to Christ, whose wisdom is subsumed to the wisdom of God, can begin to understand.

Now when chapter 3 opens with our reading today, Paul’s listeners and readers were probably caught off guard when he started talking about them as not spiritual people, but “infants in Christ,” having to be fed with milk instead of solid food. But the hammer drops in verses 3-4:

Remember how I kept saying that one could understand how the Corinthians might be inclined to be a Paul fan or an Apollos follower “on a human level” or “on a human basis”? It turns out that this is exactly the problem. Preferring Paul or Apollos or Peter on any of these bases – Paul’s primacy as founder, Apollos’s charisma and eloquence, Peter’s high status – is no more spiritual or Christlike than the average debate y’all Gator fan types might have over whether Steve Spurrier or Danny Wuerfel or Tim Tebow is the best quarterback in UF history (and if your mind immediately went off debating that question, it’s kinda proving Paul’s point about how ‘human’ such thoughts are).

But this cheerleading and side-taking is off the mark not necessarily for the reason you might think. It’s less about Paul or Apollos being equally important so much as their being equally unimportant, in a way; as Paul puts it, he planted the plant and Apollos watered it, but only God caused the plant to grow.

The leaders of churches – whether the itinerant evangelist/teacher types of Paul’s and Apollos’s time or the more settled pastors of today – are nothing but servants, laborers in God’s field, the church, this church. As Paul puts it, “you are God’s field, God’s building.” Rick Palmer and other pastors who came before me here had their tasks in this field or on this building as given by God; I have mine; and whoever comes after me will have hers or his. None of us can claim to be more or less important in God’s eyes than any of the others. If anything, we are all flawed and fallible human beings – goodness, I know I am. Anyone who gets to cheerleading for Charles Freeman is inevitably – and probably quickly – going to be deeply disappointed.

No, I’m not significant, and neither is Rick Palmer [note: immediate predecessor] or Henry Reaves [note: first pastor] or any of the other distinguished pastors who have occupied this pulpit. The only one worthy of your allegiance is God and God alone. We are all laborers on this task, nothing more. God is the one to whom your allegiance is owed, not any one of us nor any to come.

You’ll find that not all branches of the church are terribly good at remembering this. Thomas Road Baptist Church – you remember, Jerry Falwell’s church – is far from the only one to get utterly subsumed under its pastor’s identity. You may not know the name Marble Collegiate Church, for example, but you probably have at least heard the name Norman Vincent Peale. No matter how good (or otherwise) the work of the super-famous pastor may be, such an identity isn’t really helpful in that it obscures both the congregation that is God’s field or God’s building, and the God who (if the church is doing it right) is the one giving whatever spiritual growth may happen there (and remember never to assume that numerical growth and spiritual growth are the same thing).

In short, a pastor like me, like Paul and Apollos before, is only the hired hand, the field laborer, the construction guy working to shore up the foundation of the building. No more than that. You are God’s field, you are God’s building. But it is God and only God who gives any growth to the church. Never let any personality distract you from that.

Thanks be to God. Amen.